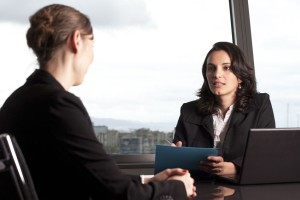 Discovering identities of internet users who post defamation on the internet

Posted on 22/11/2014 by Yair Cohen in Defamation case studies, Defamation Legal Advice | Comments Off on Discovering identities of internet users who post defamation on the internet

The Evening Standard reported today about  a web developer who used his SEO skills to defame a former client. The web developer pleaded guilty to harassing his own client by creating a derogatory website about him and was told by a Crown Court judge at Kingston Crown Court that he might go to jail when he gets back to court for his sentencing hearing.

The web developer who owns the web design and online marketing company Origin Design, embarked on a campaign of defamation and intimidation against his own client following a dispute over an outstanding invoice of less than £200.

Professional web designers who go online to defame their own clients understand the web very well and know how to avoid detection so it is difficult to prove that they created the defamatory website and it is almost impossible meet the standard of proof that is required by the criminal law which is “beyond reasonable doubt”.

The case of the web developer seemed no different. He purchased the domain name he used to defame his client with false credentials and he also gave false information to his USA based hosting company, GoDaddy. He then used Paypal to pay for things so as to avoid leaving any digital footprints. Finding waterproof evidence against seemed almost impossible.  The police in such cases are unwilling to spare resources to try and gather evidence because the quality of the evidence might be too poor to be presented in a criminal court.

It is however possible for anyone to gather themselves the necessary evidence, preferably through lawyers who will secure the integrity and the quality of the evidence, and then work in co-operation with the police to secure a successful criminal prosecution against an online offender.

This case is an excellent example of such co-operation:

In this case, we worked together with the Metropolitan Police to gather the evidence needed to prove beyond reasonable doubt that the web developer created the defamatory website against his own client.  For a criminal case the evidence has to go far beyond the discovery of IP addresses as those only prove links between computers but tell you nothing about the computer’s user.

In this case, to prove his involvement with the defamatory website we had to gather evidence that included telephone records, recordings of telephone conversations between him and his online service providers as well as information about passwords that he used to access his online services and accounts. To secure invaluable evidence quickly we issued subpoenas in various US States that compelled  GoDaddy, Paypal and other online service providers to hand over even more important evidence.

We handed all the evidence to the Metropolitan Police, whose dedicated officers arrested and charged Britton with harassment. Having been confronted with the evidence, the web developer had no choice but to confess.

He will be sentenced in January at Kingston Crown Court. 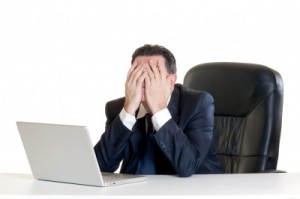 If you are being defamed on the internet and your reputation is at risk, you want to have the defamation removed from the internet before it spreads.

As a first step, remember not to click on the link of the URL that contains the defamatory material because clicking on the defamatory link will only make the web page rank higher on Google search results.

It is best not to tell too many people about the defamatory material as they are likely to search for it and click on the defamatory link. To create a copy of the defamatory web page, save it as PDF and make a coloured hard copy of it.

There a are special commercial tools that allow you to carry out Google searches without affecting the prominence of the offending web page and we suggest that you use those tools if you intend to try and resolve the matter yourself.

Can you remove fake reviews from Yelp even if Yelp tells you that you are doomed?
Read our special report on business reviews on Yelp